(Want to learn right away and get one-on-one, individualized instruction in Lindy Hop and/or Balboa?  See the info below about private lessons with Mike & Mary.)

Why learn to swing dance with Mike & Mary?

Why learn to swing dance with Mike & Mary?  Mike & Mary Richardson have been teaching swing dancing for over 19 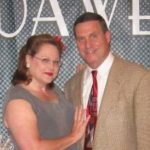 years.  They don’t just “dabble” in swing dancing:  they love the dances, and they study the dances.  They believe that learning to Lindy Hop and Balboa is a journey, not a destination.

They often travel to out of town swing dance workshop events such as the All Balboa Weekend, Camp Hollywood, Lindy Focus, the International Lindy Hop Championships, etc…. to take classes, private lessons and compete to further hone their skills.  They are the most knowledgeable swing dance instructors in the Lexington/central Kentucky area and are passionate about sharing all the great things about swing dancing, and swing music!

Mike & Mary have taught literally thousands of people to swing dance – and they can teach you – just give it a try!

(1) Group classes.  The Hepcats normally offer group classes twice a year:  in the September/October/November time frame; and in the January/February/March time frame.  Keep an eye out on the Hepcats classes web page for info.

(2) Want to learn right away and at a much faster pace?  We also offer Private Lessons.  Private lessons are an excellent way to learn how to swing dance.  A big advantage of private lessons is that you get individual attention from working one-on-one with Mike & Mary so you’ll progress at a faster pace.  Private lessons may be arranged for individual dancers or couples.  Contact Mike Richardson at 859-420-2426 or info@luv2swingdance.com for more info.

What we teach: Lindy Hop & Balboa!

Mike & Mary specialize in the original swing dances of the 1930’s and 40’s big band swing-era:  Lindy Hop and Balboa!

Lindy Hop is the original swing dance that developed in the Harlem district of New York City in the late 1920’s and early 30’s.  With influences that originated in the Charleston, 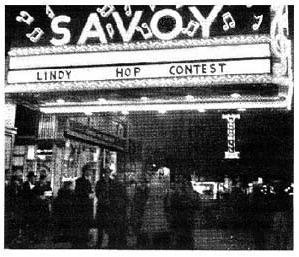 traditional West African dance styles, and a variety of European social dances, the Lindy Hop included not only partner dancing, but also individual solos and line dancing.  Lindy Hop quickly spread all over the U.S. and overseas, influencing and reflecting the development of many regional styles of swing dance.  Lindy Hop is the grandfather of all swing dances, and eventually evolved into many other variations, to include West Coast Swing, Boogie Woogie, etc.  But like many things in life, the original is still the best!

Balboa.  What’s that cool dance where people shuffle their feet to fast (and even really fast!) swing music as they slide and glide on the dance floor?  Balboa is the dance!  To be a well-rounded and versatile swing-era swing dancer, you should learn – and embrace – Balboa! 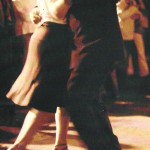 Tradition holds that Balboa was developed primarily in the Southern California/Los Angeles area in the 1930′s, as a result of very crowded dance floors in ballrooms.  The dance was supposedly named after Balboa Island in the Newport Beach area which was the location of the Rendezvous Ballroom.  The dance is known for its closeness, fast and fancy footwork and effortless looking flow and an overall look optimized for fast swing music.  By the mid 1930′s, it was not unusual for ballrooms to host dances for 3,000 or more people.  As ballrooms became more and more crowded, dances like the Charleston and the Lindy Hop became less practical; some ballrooms even instituted “no breakaways” policies to prevent injuries.

After a while some of the original Balboa dancers grew tired of doing just pure Balboa and started to introduce fancier variations which forced the close connection to be broken.  Today, this is sometimes called Bal-Swing.  In this form anything goes:  spins, turns, dips, tricks, slides, etc.  Bal-Swing variations keep the overall style, feeling, and framework of the original dance with recognizable Balboa footwork.