“Swing Out”, a documentary by Morgan Irish

Morgan Irish, a Film Studies Major (and graduate) of Asbury University, directed and produced “Swing Out“, a documentary that featured several Hepcats. The documentary was filmed in February and March 2013. The documentary was selected for the prestigious Highbridge Film Festival and was shown at that event on Saturday, April 20, 2013. 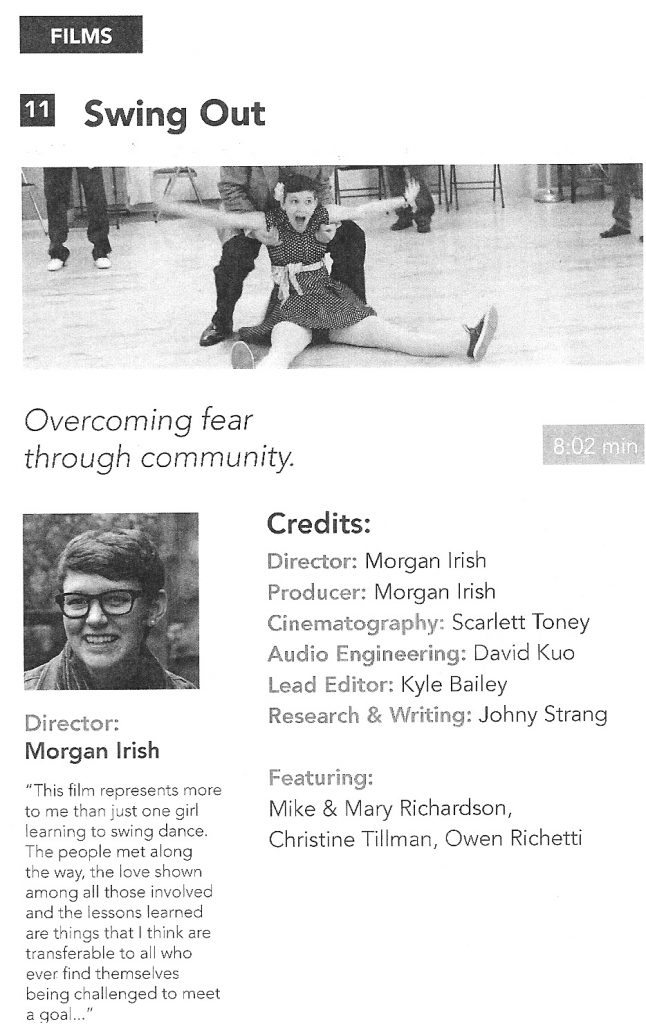 The Highbridge Film Festival program page for Swing Out. 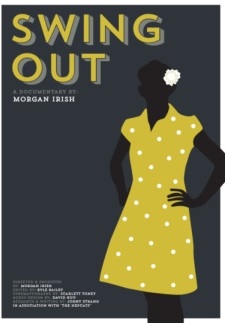 The poster for Swing Out

The poster for Swing Out

About the film, in Morgan’s own words: “The film represents to me more than just one girl learning to swing dance.  The people met along the way, the love shown among all those involved and the lessons learned are things that I think are transferable to all who ever find themselves being challenged to meet a goal…”  Mike & Mary Richardson and Owen Christine Tillman Richetti were Morgan’s instructors for the dancing.

The film follows Morgan’s journey as she meets the challenge of participating in a Jam Circle!

The most famous Lindy Hop ever captured on film (1941):  Hellzapoppin’!

Check out this same video of Hellzapoppin’, but with the choreography done to the original song, Jumpin’ at the Woodside, by the Count Basie Orchestra.

Below is the re-creation of the Maharaja movie short by Jeremy Otth and Laura Keat, performed at the 2012 All Balboa Weekend.

Day at the Races.  The famous Lindy Hop dancing by Whitey’s Lindy Hoppers from the Marx Brothers 1937 movie.  The swing dancing starts at approx. 5:13 in the clip.  This sequence, like the Lindy Hop sequence in Hellzapoppin’, had no relation to the main plot, so that part could be cut from the film when it was shown in segregated venues and in the deep south.

A birthday dance for Mike.  Can still cut a rug with the youngsters!  The song is “Frolic Sam”, by the Duke Ellington Orch., c. 230 bpm.

A birthday dance for Mary.

Another birthday dance for Mary.